You sit down in front of your computer in the morning and you press the on button.  Does it take the best part of ten minutes to boot up before you can get into your email?  Is there more than enough time to go and make some toast, a cup of coffee, sort out the laundry and then feed the cat before you can use your PC?  If thats the case then here are a few ideas that could help get your computer into a usable state much quicker.  By the way, these tips are aimed primarily at Windows users, however, Im sure some of the principles are  just as applicable to Apple and Linux systems.

My old PC was eight years old last month and whilst I had it well configured and it could boot up in just a few minutes, it was well past time for a replacement.  There are no hard and fast rules as to when PCs are too old and need to be either replaced or upgraded but running hardware that is newer will definitely perform better.  The difference could be 10-20 seconds or more every day.  Thats not really enough time to go and do something useful but it will all add up eventually.  Theres also the obvious benefit of applications running faster, being able to run a modern operating system and on the whole having a better experience using your computer.  The downside is youll need to spend some money, how much will vary and of course if its a new PC then youll need to move all your stuff onto the new one.  A less disruptive upgrade of more (or faster) memory, better hard drive or faster CPU etc. might be a good compromise that will lead to some time saving.

As you use your computer over a period of time things may gradually start to slow down but with a bit of regular housekeeping this neednt be the case.  To begin with check what software is installed on a regular basis and uninstall anything that you just dont use.  Many applications will come with services and small programs that automatically run when your computer starts up.  If youre not using them then they are just sitting there taking up resources so get rid of them.  Also, make sure your hard disk isnt completely full and that it is defragmented on a regular basis.  Keeping your system up to date (Windows update) and making sure you have applied updates for all your software is advisable too.

If theres one thing that will slow your PC down (including during the boot up process) its a nasty virus or trojan.  Always keep your anti-virus software up to date and perform regular scans.

Theres nothing quite like a nice clean brand new installation of Windows (except for maybe a brand new pair of leather trousers Mmmmmm).  A clean install will be uncluttered and as efficient as it can be.  I like to start over again every year or so.  Its also a good way of having a bit of a clean up as you prepare your hard drive for a new operating system and a good time to back stuff up (which you should be doing anyway!).  Additionally, you could make an image of your clean Windows installation (using Norton Ghost or some similar application for example) and periodically restore from that as a quick way of doing a reinstall. 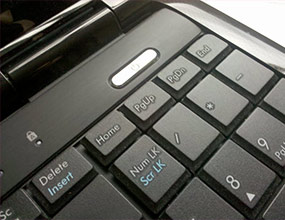 Using Hibernate or Sleep (sometimes called standby) is a quick way to get your computer going although its not actually a proper reboot.  This shouldnt be a problem and may in fact be quite useful although an actual restart every now and then would be a good idea.  Hibernate and Sleep are two different things by the way.  Sleep simply shuts off power to most of your system but retains a working image in memory.  If the power supply is cut then your PC will have to reboot from scratch.  Hibernate on the other hand dumps the current status of everything to disk and then powers off.  Resuming after Hibernate is faster than a clean start-up, but not as fast as returning from Sleep mode, but the latter carries the risk of loosing data should the power be cut.  You can generally configure the Sleep button on your computer to either Hibernate or Sleep.

This was first introduced with Windows Vista and it basically utilises a Flash drive to help improve boot times.  In a nutshell the Flash drive holds a cache of some of the files Windows loads on start up and the operating system chooses to load some files from the Flash drive and some from the hard disk during the boot up stage.  Depending on the system hardware ReadyBoost may or may not provide a significant reduction in boot time.

Finally, its worth considering using a Solid State Drive.  A Solid State Drive can replace your existing hard drive and make boot up times incredibly fast because there are no moving parts and therefore no spin-up is required.  Modern SSDs more often than not use non-volatile Flash memory (the same stuff you use in your camera) which means they dont require a power supply for the contents of the memory to persist.  There are other types that use DRAM and require a power supply for the data to be persistent (usually a battery when the power is off).  SSDs are also less susceptible to shock but there are a few drawbacks.  Regarding SSD Flash drives, some (not all) arent as fast as traditional hard drives, particularly when performing sequential reads with large files.  Theres also a limit to the number of read/write cycles before the memory cell would wear out (100,000 was the figure I saw), although the SSD controller apparently distributes the wear across the drive so that in the end for the average user it probably isnt even an issue.  There are several sub-types of these drives and again, performance and reliability may vary.  One thing is certain though, as the memory technology and the capacity improves, SSDs are definitely a viable option for improving the performance of your computer.